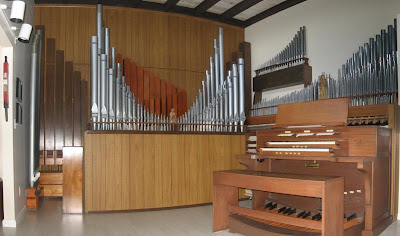 My Uncle John's organ. Saved from a old Baptist church in Kansas. Console and wood pipes are from the original organ. The metal pipes were custom made in Wertenberg, Germany. Pipe organ is 13 ranks, prepared for 20.

9 ranks above the console, 3 metal ranks to the left of the conlsole, and 1 rank of wooden pipes for the pedals.

The ceiling had to be raised 4 feet to accomodate the longest pipes.
Posted by PiTo at 19:36 No comments: 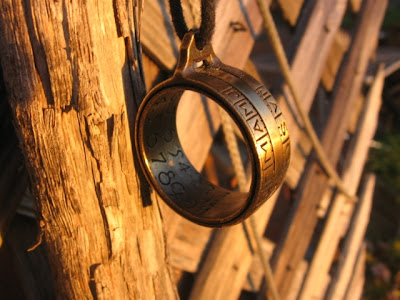 "What's a sundial in the shade?"
-- Benjamin Franklin
Posted by PiTo at 12:04 No comments:

Went to the Ronald W. Reagan Presidential Library and Museum yesterday. Very impressive new display of Air Force One. This is a panoramic stitched together with 3 separate hand-held pictures. http://papitopaul.us/Kpic/pano/AirforceOne.jpg
Posted by PiTo at 13:07 No comments:

Email ThisBlogThis!Share to TwitterShare to FacebookShare to Pinterest
Labels: DayTrip

Have you ever noticed 'orbs' in your digital photos? My daughters believe that it is really spirits that are being captured. If it is, then they are probably in the infrared range.
Digital cameras will capture an IR source that can not be seen by the naked eye. To prove it, just aim your TV remote at your camera, and view the LCD while mashing buttons on the remote.
Posted by PiTo at 15:12 No comments: