No progress for the past couple of weeks. Almost ready to paint and most of the rush jobs are out of the paint shop. Mustang in the queue of project cars ahead of me getting painted today. 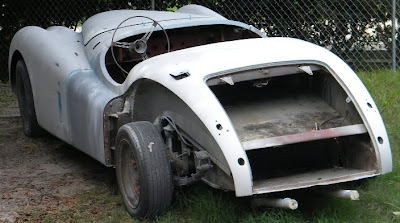 I did not bring my checkbook along, so will have to go again tomorrow to put up some money for the interior fabric purchase.
Posted by PiTo at 13:14 No comments:

No progress this week at the paint shop.
So I decided to calibrate and test the fuel gauge. I used the old fuel level sensor. Still working but the float leaks. I think I need to put the dash lights on a potentiometer to lessen the brightness a bit.

In other news, the roll around junk yard wheels prize is still available to the winner of naming the car.