Rear axle out of the car and taken to Advance Driveline. 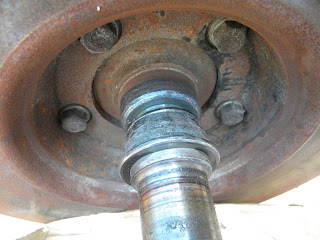 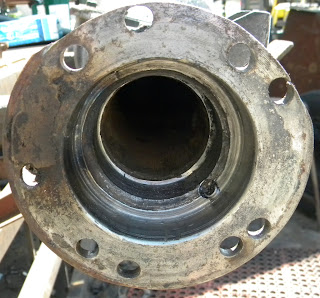 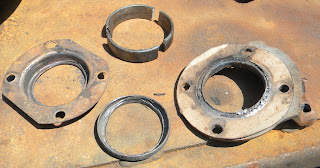 Timpken tapered bearing outer race in 3 pieces. Offerings for the alter of the goddess of speed. 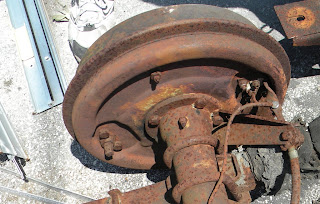 Obtained an XK120 rear end from Tom Curren at Coventry Classics. Dropped it off at Advance Driveline and I treated Tom to lunch.

Now it is just a matter of time and money to get a rebuilt rear end back in the Jaguar.
Posted by PiTo at 13:50 No comments: 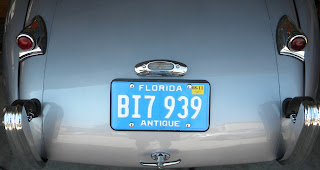 Installed the license plate and backup light. Had to drill some holes in the boot. 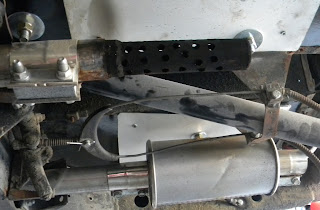 I pulled the rear axle and brought it to Advanced drivelines to replace the noisy axle bearings. I had to pull the tail pipes. The right pipe came out of the muffler, but the left one was more stubborn, so I pulled the muffler exposing the 'quieter' modification to the exhaust system.
I have not heard back from the shop yet, so I will have to give them a call Monday. They did not know if they had the parts, so if they can't get them, I will have to order from XKS unlimited.
Posted by PiTo at 10:28 No comments:

Jaguar at All British Car show 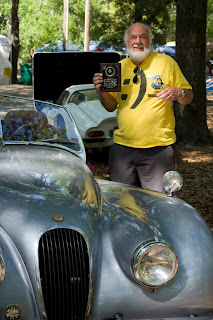 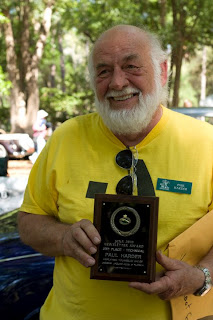 Jaguar at All Britshish Car show

First time out and got 3rd Place in Modified British Class.


Got the boot lid at 6 PM the night before. If I had not gotten it, I would not have made the show.  Installed the license plate, still have to install the reverse and plate light.


I had taken off the go wheels, and installed the show wheels in anticipation of getting the boot lid installed.


Some of the other cars starting to show up for the show. I got there fairly early.


Some people wondered why it was in the British modified class, while others spotted the K&N air filter an surmised there were some modifications that disqualified her from being with her sister XK's.

Some of the other cars in she was competing with. I never did open the bonnet. Still a bit of a mess under there. Need to do a lot of clean up.

Everyone loved the colour/paint job.

Very nice venue for a car show. Beautiful weather, could not ask for a better day.

Adding to the Jaguar vanity wall. This article in the Jagwire December 2010 page 10.
Posted by PiTo at 07:54 No comments: