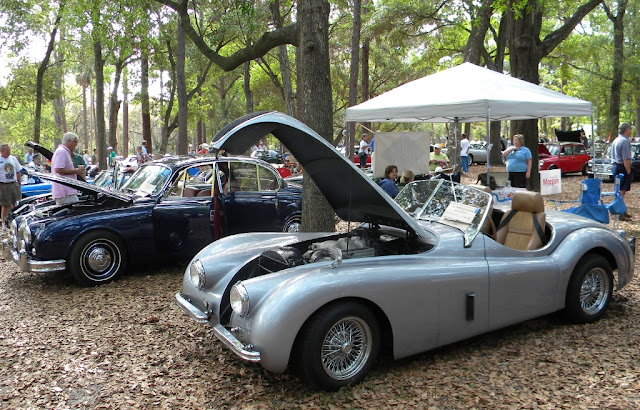 No award for my Jaguar this time (peoples choice awards) not a concours. 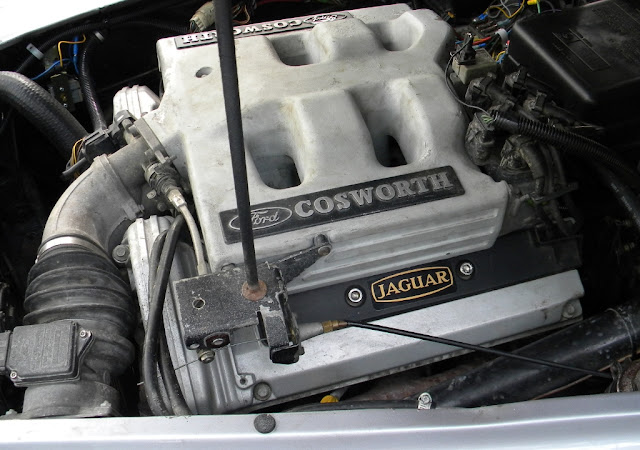 I added a couple of Jaguar stickers for a series III XKE V-12. They look like they belong. 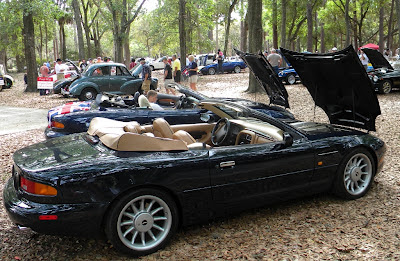 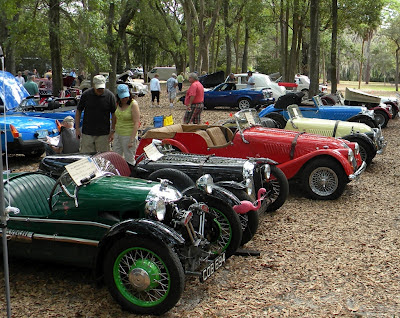 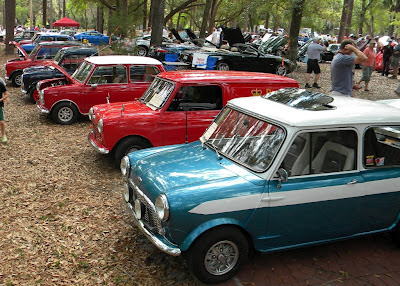 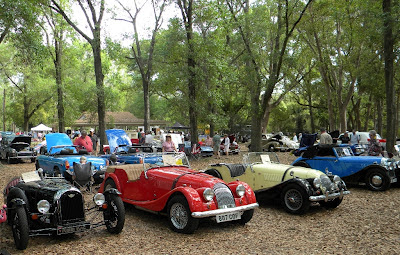 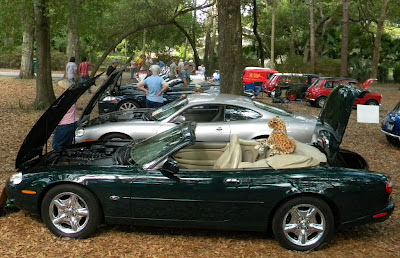 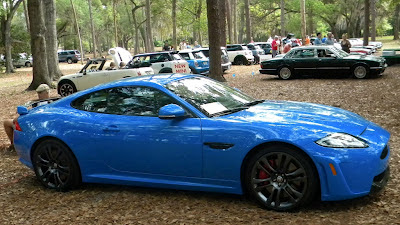 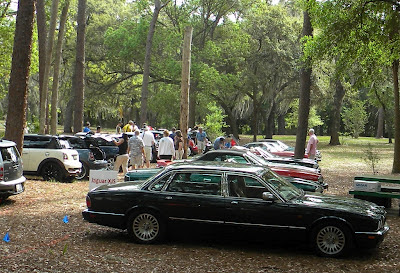 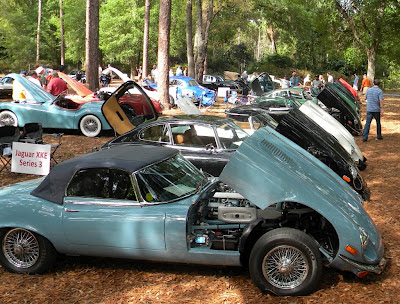 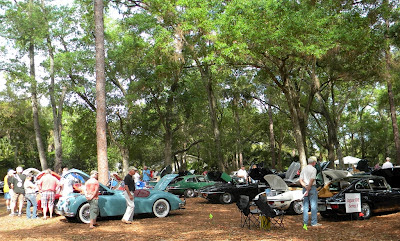 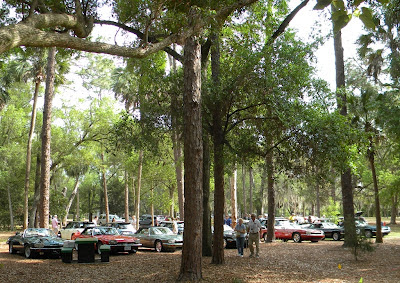 Mead garden is a very nice venue for displaying these British cars. 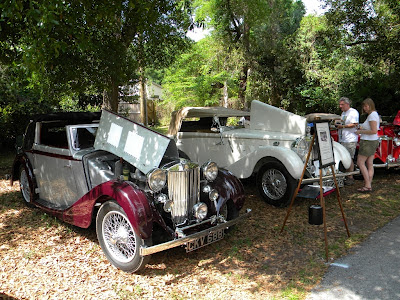 A few Rolls and Bentleys showed up. 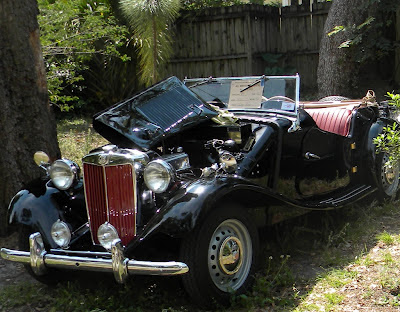 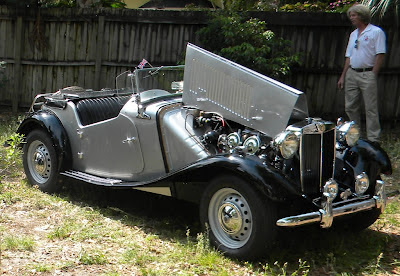 and another nice one. 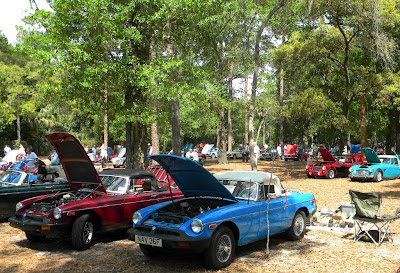 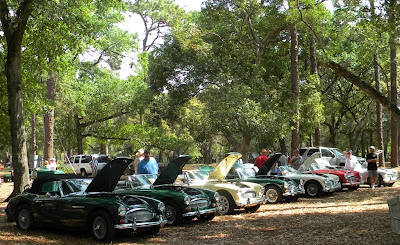 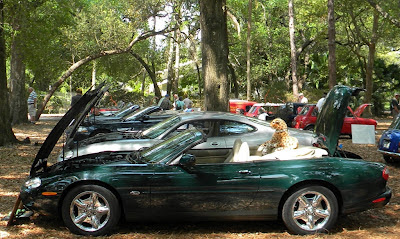 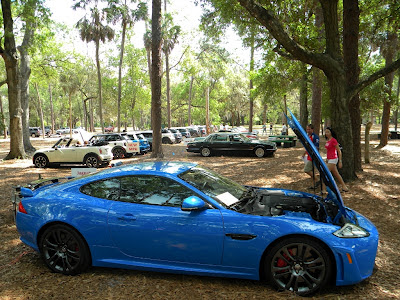 XKRS with the bonnet up. Super charged, but a devil to maintain yourself. 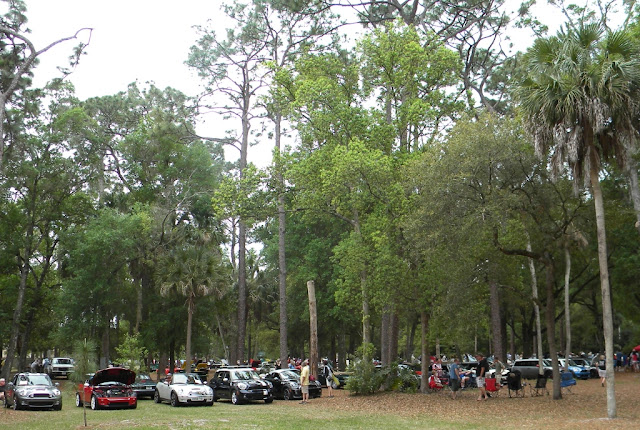 A lot of cars and people showed up.

Jaguar Club of Florida had a good turnout.

Very nice day to be out to a meeting like this.
Posted by PiTo at 21:29 No comments:

On the road and finding little things to fix.
Installed Hellwig helper springs to stiffen the ride a bit and raise the rear an inch.
Took off the left rear tire and had a nail removed and repaired.
Removed the radiator and had a small leak fixed.
The fan belt (actually the fan is electric and belt only connects the crankshaft pulley to the water pump and alternator) decided to shred itself and wrap a bit around the alternator pulley. I ended up removing the belt tension pulley, as it was redundant and weighs about 2 pounds. I found the shorter the belt, the cheaper it is. 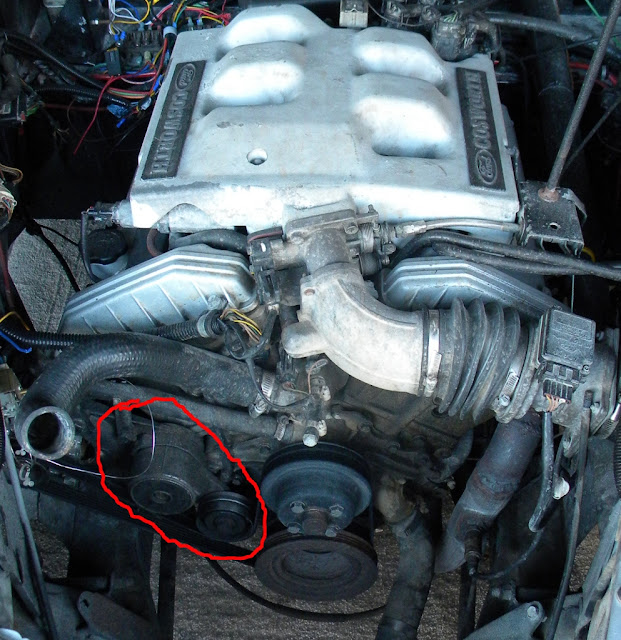 I had taken this picture while the radiator was out for repair.

On one of my exploration jags around central Florida on an unpaved country road I heard a strange noise. Stopping to check it out, I found the clutch cable was intermittently dipping into the dirt. I had to cut a piece of wire from license plate light to tie it up to get it up and not get damaged.
Another problem I finally found was once in awhile pushing the clutch all the way down the engine would stop. Not just the engine, but everything, gauges, radio, GPS. The clutch pedal was hitting the battery cable to the starter and had worn through the insulation, shorting out the battery, but not blowing any fuses. It is the only non-fused circuit on the car.

I replaced the wire I had borrowed from the licence plate light, and re-routed the clutch cable to get it above the frame.
So I have been having fun driving and playing McGiver.
Posted by PiTo at 22:15 No comments: