Although not getting any of the peoples choice awards, I did manage to capture the "Longevity" award. The car owned by the same family or owner for the longest time.

Nobody present could beat 1964. The next closest was 1970. I think some of the Jaguar Club of Florida members could have beat me, but they were not there or with their oldest car, so they lost out on this much coveted award. 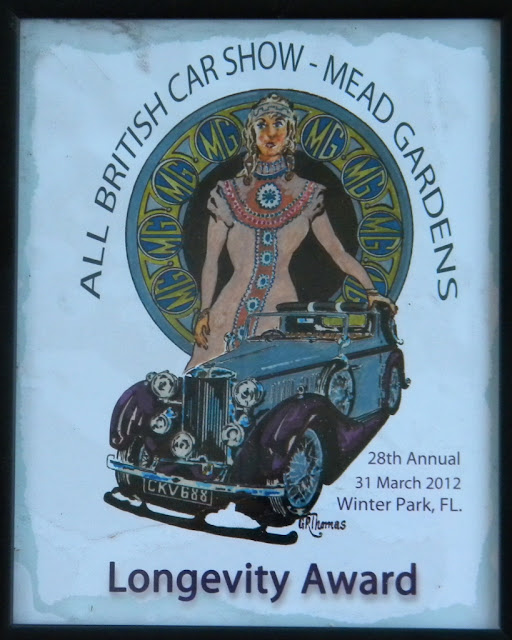 Something else to add to the vanity wall is the windshield placard. 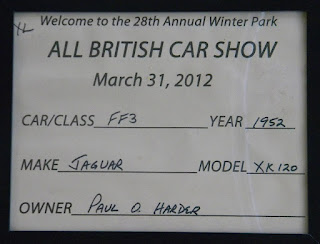 A couple of vendors were there, and of course I had to pick up some Jaguar stuff.


I had done an early registration for the event, so I also got a T-shirt. 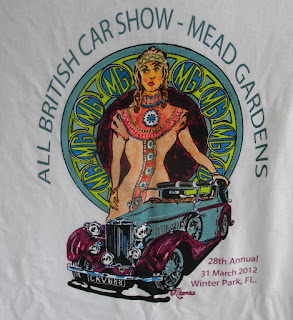 The logo/theme artwork is by Gary Thomas, a JCOF member and renowned artist.
2011 was the year of the Jaguar E-type, and 2012 is the year of the MG (Morris Garages).
Posted by PiTo at 07:59